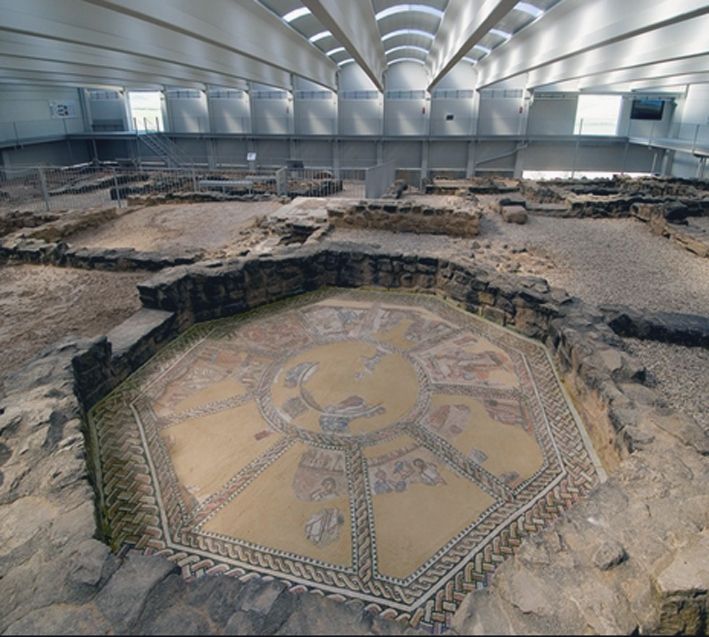 2,000 years after the construction and many years after the first excavations, the town of Arellano shows some of the best Roman remains of Navarra. The museum opened in 2008 treasures in a space 2,400 m2 elements of great interest.

The villa, built between the first century and V, was in his first time a farm, later became one of the few holdouts who were retained for the pagan rites towards Christianity.

The “oecus” mosaic, respect chamber sometimes used as a dining room, is one of the most valuable found in Navarra. Popularly known as “mosaic of the Muses”, owes the name to the representation of the nine goddesses or muses, the Muses was discovered in 1882, and sold to the State Heritage in 1944. Since then, on display at the Archaeological Museum in Madrid.

The mosaic –an octagonal form- is a large size work, which required the collection of over 300 photographs to achieve higher quality copy.

To ensure that the reproduction is integrated into their new environment, the color correction was performed taking as reference the other remaining mosaics at Villa Romana de Arellano. 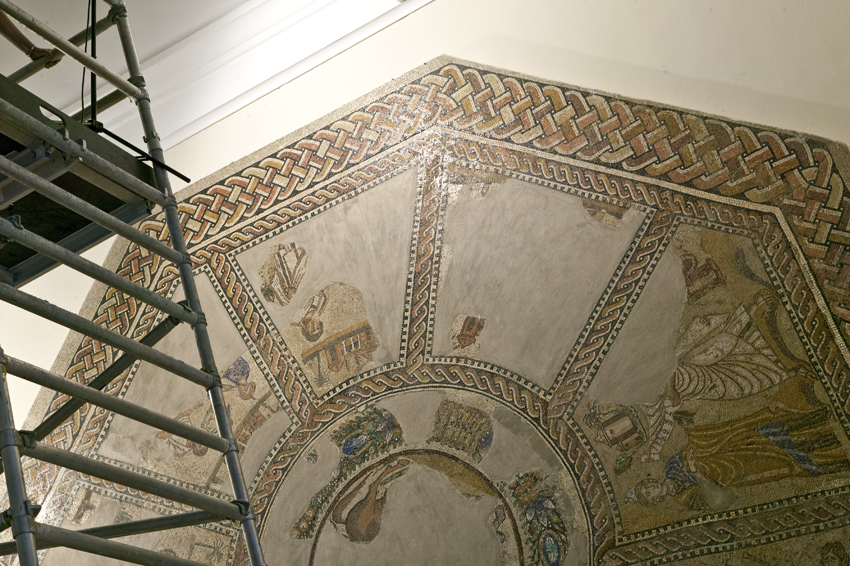 Photography in the National Archaeological Museum. 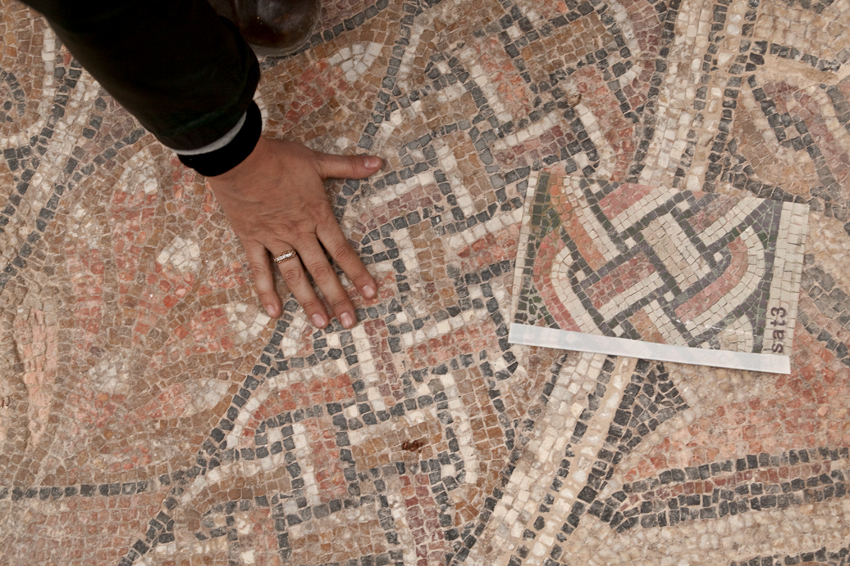 Color proof in the village of Arellano.

The work was carried out on assembled high-density polyurethane foam plates. It was printed in a template mosaic as the original size. With the help of this, was marking all the elements and accidents that had the original surface. The polyurethane collected all incisions, cuts, and textures level changes more significant of the work presented is recreated losses tiles, cracks and gaps.

With Papelgel images were transferred onto the surface, adapted to the recreated irregularities and textures. 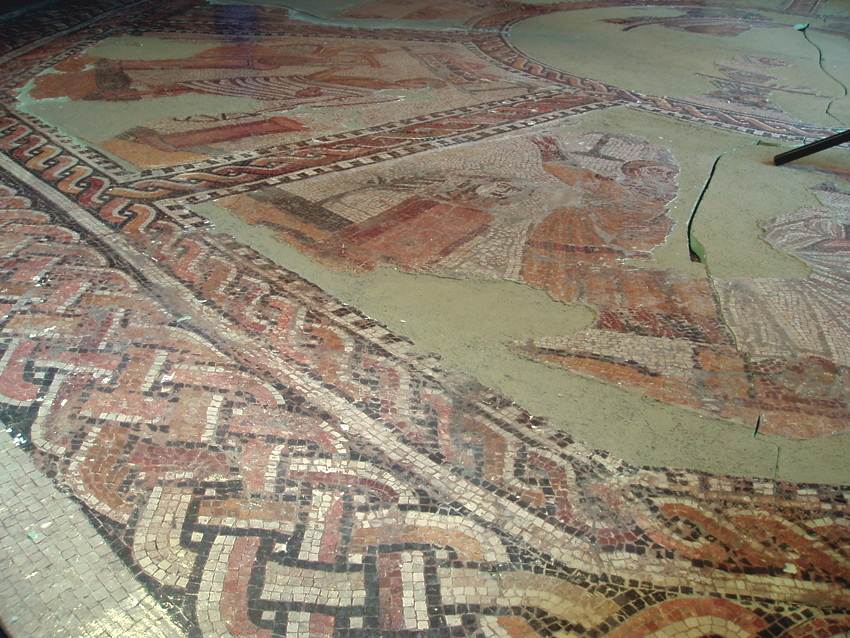 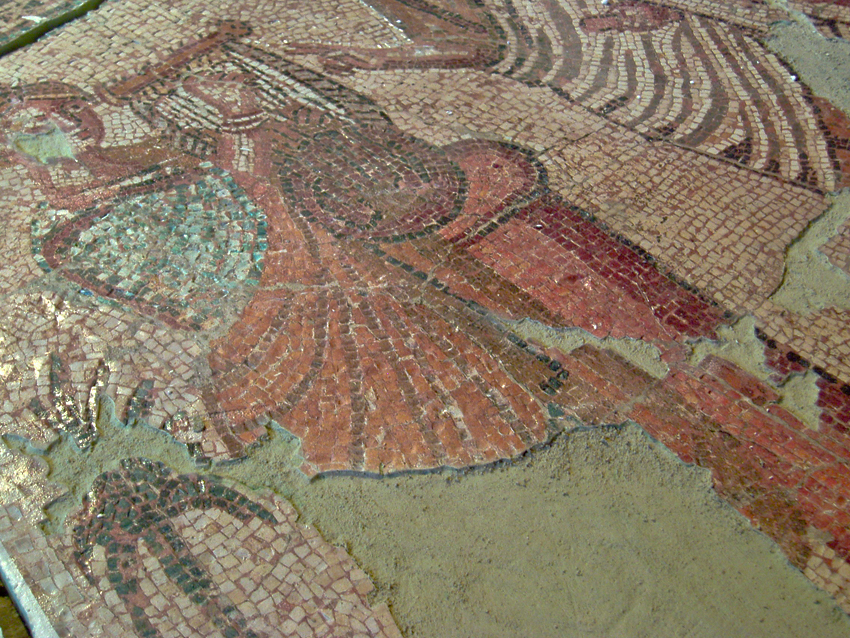 To achieve the aspect presented by the original material lost in the gaps and cracks were filled with plastic mortar and aggregate pigment loaded. 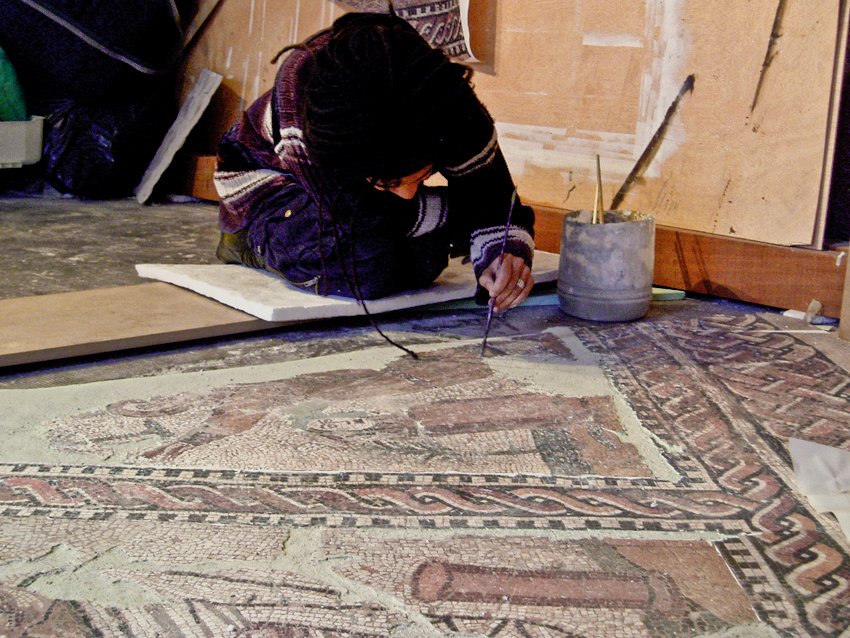 Isabel with the finishing tweaks. 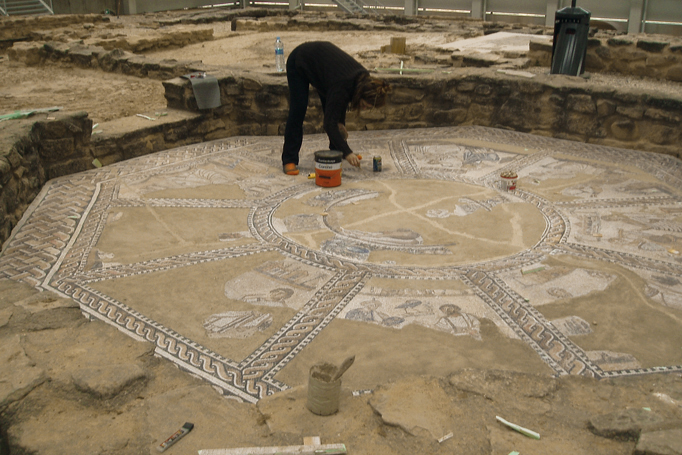 The octagonal floor of the “musaeum” room, a place for study and intellectual activities, was covered with plastic. 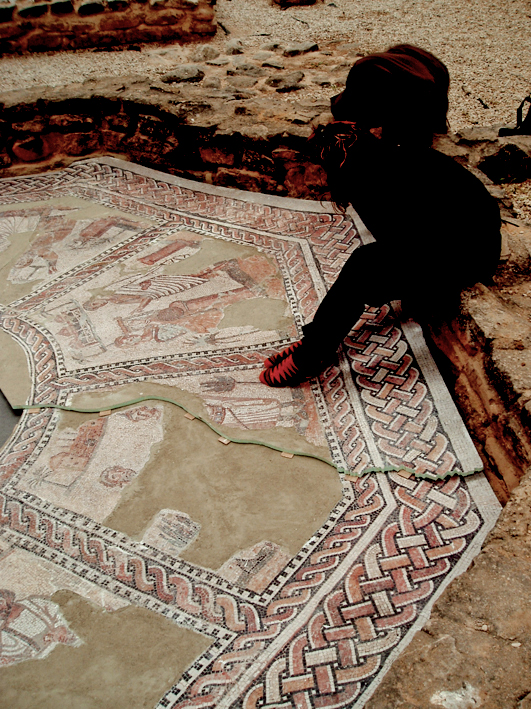 Olga in the assembly of the mosaic in the Villa Arellano